This book reviews the recent advances in rabies research and rabies vaccine development. The reader is introduced to biology and pathology of the virus, causing agents and the history of rabies vaccination. The book presents regional rabies prophylaxis programs and discusses vaccination strategies for wildlife and humans. Further, innate immune response as well as antibody response to rabies are examined. All chapters are written by renowned experts in rabies research, some of them part of the WHO Collaboration Centre for Rabies Surveillance and Research. The book targets researchers and health professionals working in Virology, Veterinary Medicine and Biomedicine.

Rabies: Scientific Basis of the Disease and Its Management, 4 th Edition 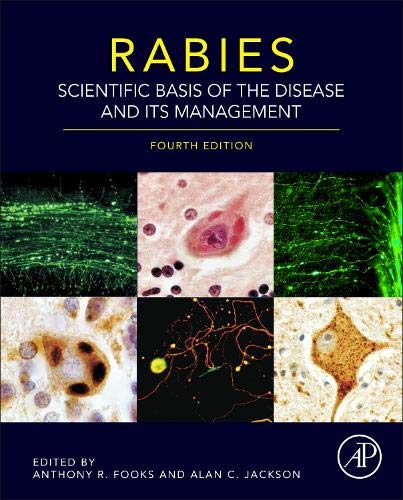 Rabies: Basis of the Disease and Its Management, Fourth Edition is an authoritative reference on the current status of rabies, including the virological, clinical, and public health aspects and management recommendations. Rabies remains one of the most important global public health problems worldwide. Although many important developments have been made over the past century to combat this disease, rabies has become a re-emergent infection in the resource-constrained countries. The Fourth Edition updates this classic reference with comprehensive coverage of the molecular virology, pathogenesis, immunology, vaccines, public health aspects, and epidemiology of rabies and is completely revised, with new chapters that will cover historical developments in rabies intervention strategies, the evolution of rabies virus, modeling rabies control, and on the strategy for rabies elimination. Rabies, Fourth Edition, provides physicians, veterinarians, public health advisors, epidemiologists, and research scientists with a single source for authoritative and up-to-date information on the diagnosis, treatment, control, and prevention of this fatal infectious virus. 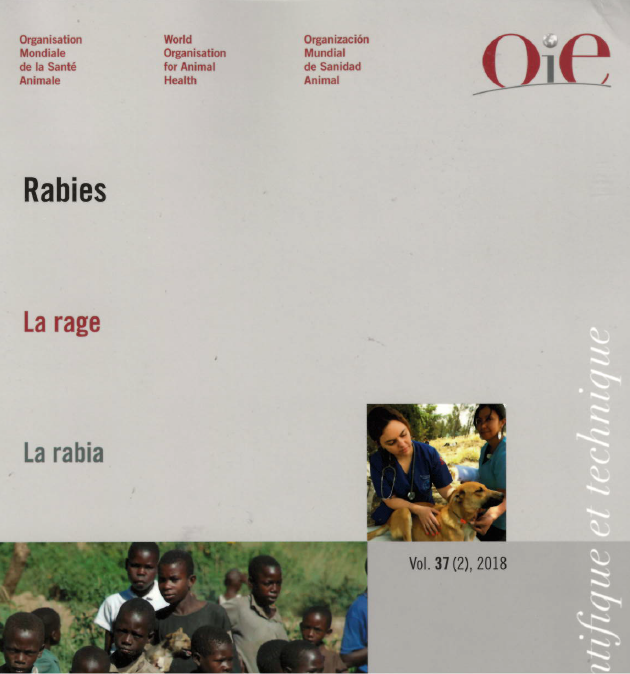 This issue of the Review provides the scientists, clinicians, veterinarians, policy-makers and stakeholders involved in rabies control with an up-to-date review of the rabies situation worldwide, from a ‘One Health’ perspective. Rabies is one of the most feared known human diseases and substantial developments have been made in recent years in reducing its burden. This publication discusses the global strategies used for the elimination of terrestrial rabies from reservoir populations, focusing on the elimination of dog-mediated rabies. It considers regional strategies for rabies control and also shows how intergovernmental organisations, such as the OIE, the WHO and the FAO, are working together in a collegiate manner to help to fight the disease worldwide. The adoption of effective strategies against rabies is especially important in regions where its control is still neglected and where the disease remains endemic.

Towards the Elimination of Rabies in Eurasia 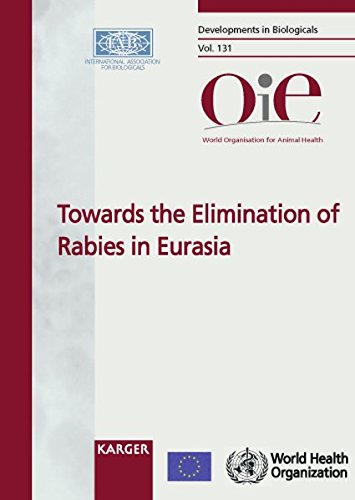 This volume presents the proceedings of the second conference on rabies organized by the World Organisation for Animal Health in collaboration with the World Health Organization and the European Union in May 2007. Up-to-date information on rabies epidemiology in humans and animals throughout Europe, The Middle East and Asia, and the most recent data on rabies virus and its structure, as well as the basic mechanisms of rabies infection are included here. Experts in the field present their experience and opinions on the prevention and control of rabies in dogs, wildlife including bats, and the most recent developments in rabies prevention and management in humans. Further presentations address advances in technology, diagnosis and vaccine development. To conclude, resolutions and recommendations are given in English, French and Russian for the elimination of rabies not only in Europe and Asia, but also the rest of the world. This book is highly valuable to regulatory veterinary services, public health services, medical and veterinary practitioners, scientists and researchers interested in combating this neglected disease, which kills more than 50,000 persons annually, mainly children. Rabies elimination is at hand, through a ‘One Health’ strategic collaboration between veterinary and human health authorities, political will and community involvement, and application of the knowledge gained from this volume. 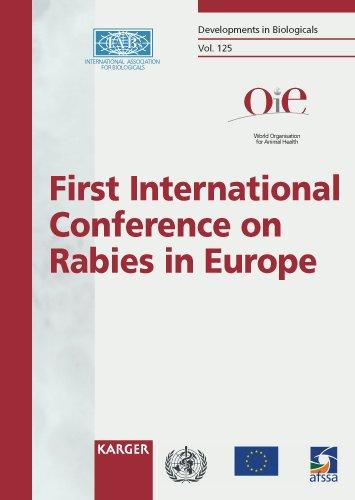 Presents the latest research in rabies prevention and control

Rabies is still one of the most feared diseases in the world and its control remains a key objective in large parts of Europe. This major meeting brought together veterinarians, scientists, clinicians and public health officials to share their experience in rabies control, to examine the threat posed by the common rabies virus and emerging strains, and to develop strategies for the prevention, control and eradication of rabies in Europe.

Rabies in Europe reveals the true epidemiological situation of an often overlooked menace and presents the latest research by over 40 prominent scientists in rabies prevention and control. It proposes practical solutions and includes the official WHO/OIE recommendations issuing from the meeting.

The book provides researchers, healthcare professionals and public health officials with an up-to-date, in-depth look at the threat still posed by rabies and shows how medical and scientific advances have been employed to stem the growing number of infections spreading from Eastern to Western Europe since the end of World War II.

Historical Perspective of Rabies in Europe and the Mediterranean Basin 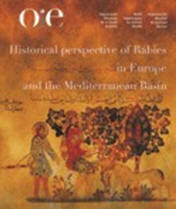 The importation of animals and their products involves a degree of disease risk to the importing country, represented by one or several diseases or pathogenic agents.

Throughout the 20th Century, control strategies for rabies in Europe have significantly reduced the human burden of disease. Rabies has been successfully eradicated from many European countries and in this book leading experts describe the various approaches that have been taken. This comprehensive historical review aims to provide scientists, veterinarians and policy-makers with a historical account and expert analysis of rabies from ancient times to today. Readers will benefit from several expertly drafted articles brought together in a single volume. Each chapter is clear and concise and focuses on a different region in Europe, North Africa and the Middle East. The book includes country-specific rabies reports from the United Kingdom, Ireland, Iceland, Norway, Sweden, Finland, Estonia, Latvia, Lithuania, the European parts of Russia, Belarus and Ukraine, Poland, the Czech Republic, the Slovak Republic, Germany, Denmark, Austria, Hungary, Italy, Croatia, Bosnia, Slovenia, Macedonia, Albania, Greece, France, the Netherlands, Belgium, Luxembourg, Switzerland, the Iberian Peninsula, Turkey, Cyprus, Syria, Lebanon, Israel, Jordan, Algeria, Egypt, Libya, Malta, Tunisia and Morocco. Additional chapters describe rabies in the ancient world and the history of dog rabies in the Mediterranean Basin, and other chapters cover the different epidemiological models of rabies, such as the epidemiology and ecology of fox rabies in Europe; a description of the computer analysis of fox-rabies epidemics is also included. Rabies virus variants and the molecular epidemiology of the disease in Europe are discussed in chapters describing Lyssavirus infections in European bats and Europe as a source of rabies for the rest of the world. Following the first description of rabies from ancient scriptures the animal/human relationship is explored further through chapters entitled ‘Folklore, perceptions, science and rabies prevention and control’, ‘Human rabies and its prevention’ and ‘European rabies control and its history’. Finally, the role of international organisations, such as the World Organisation for Animal Health (OIE), the World Health Organization (WHO) and the European Union (EU), is discussed in a chapter entitled ‘International co-operation and the role of international organisations’. This book is essential reading for anyone involved in disease control policies and especially those involved in the control of rabies.